Thoughts and the Mental Body:

Thoughts are in fact powerfull conciousness seeds. They are often described as seeds that determine our destiny and can be often understood when we look at the effect each thought creates on us, as well as on others.

First of all, we think, store and process information because of the existence of the Mental Body. The Mental body is the medium of thoughts and ideas and is closely working with our emotional and physical bodies. It gives us the ability to think, perceive and process information, to imagine, to remember and to assimilate the results of experience gathered in each life. Without the existence of the mental body, thinking is impossible. In the process of thinking, what is created is a thought, with a form and a wave that affect the thinker and the outsiders. This thought is normally accompanied by the creation of a feeling and if strong enough, with an act. In fact the Mental World is the world of real man as “Man” comes from Sanskrit root of the verb, meaning “to think.” Therefore “man” means “thinker” and this thinking ability is what that can ascend human from an animal state, as well as higher states of consiousness.” Basically a thought creates four types of effects, two on the thinker and two on the world around him.

The effect of Thoughts:

“Character is the diamond that scratches every other stone.”
Cyrus Augustus Bartol

Thought-forms tend to affect us and others in three different manners:

Energy effect of Meditation on the Mental Body:

Practising Meditation can be compared to taking a super cleansing Energy shower. The majority of people today carry gross emotional and mental patterns in their aura due to the way the think, feel and behave and the absense of free time for self-reflection. Meditation flushes and cleanses our aura of negative thoughts and emotions, making the mind clearer and sharper in three actual ways:

When the aura gets clean, we see things more clearly, our thinking process is accelerated, inner stillness is established and a higher lever of awareness guides our judgement and decision making.

Study of the mental body, thoughts and their vast power in influencing a wide range of people and situations opens a new horizon in our life, bringing about a greater responsibility. No matter far or near, our thought pattern really does matter.

“Be careful with concentrated thoughts. If they are within the realm of reality, they will materialize.”
Master Choa Kok Sui 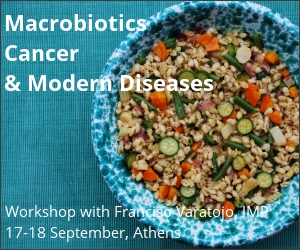